Naval leaders and British peers gathered in London for the Maritime Media Awards honouring the best of maritime literature, journalism and filmmaking in 2016.

More than 170 guests attended the Institute of Directors for the 21st anniversary of the awards.

It saw the Desmond Wettern Media Award for best Journalistic Contribution handed to New York Times reporter Ian Urbina for his influential investigative series ‘The Outlaw Ocean’ and for further features and a campaign to address the issues of lawlessness on the high seas.

The Mountbatten Award for best Literary Contribution – the Man Booker Prize for maritime – was awarded to Peter Hennessy and James Jinks for ‘The Silent Deep – The Royal Navy Submarine Service since 1945’; a book which the judges singled out as an outstandingly authoritative work with unrivalled insight into the geo-political context of naval warfare.

Meanwhile, the Donald Gosling Award for best Television Contribution was presented to WAG TV, for their documentary ‘Devonport – Inside the Royal Navy’ (see notes to editors for full list of winners).

Presentations were made by Vice Admiral Ben Key CBE at the annual event set up in memory of former Daily Telegraph naval correspondent Desmond Wettern.

Ian Urbina said: “I can’t think of a more illustrious award for maritime journalism, and I’m deeply honoured to receive it. Such reporting is not easy, but it’s direly important. Few places on the planet are more essential and less policed than the sea.

“Whether it’s as the primary throughway for international commerce, the source of a large portion of the global food supply, the outer edge of national security, or the lungs of the planet – the oceans are as vital as they are unenforced. I’m hoping to keep attention on these issues and the people who work out there.”

Meanwhile, the First Sea Lord’s Digital Media Award was presented to The Marine Conservation Society for their engaging website designed to embrace both volunteers and children which champions marine conservation.

The Maritime Foundation’s Maritime Fellowship Award was presented to Crispin Sadler for his production of complex and innovative maritime films especially those focussing on wrecks. His unrivalled photography and research have provided new insights into maritime commerce and warfare through the ages.

The Maritime Media Awards Judging Committee includes a panel of 17 eminent maritime personalities and further information can be found on the Maritime Foundation’s website www.bmcf.org.uk 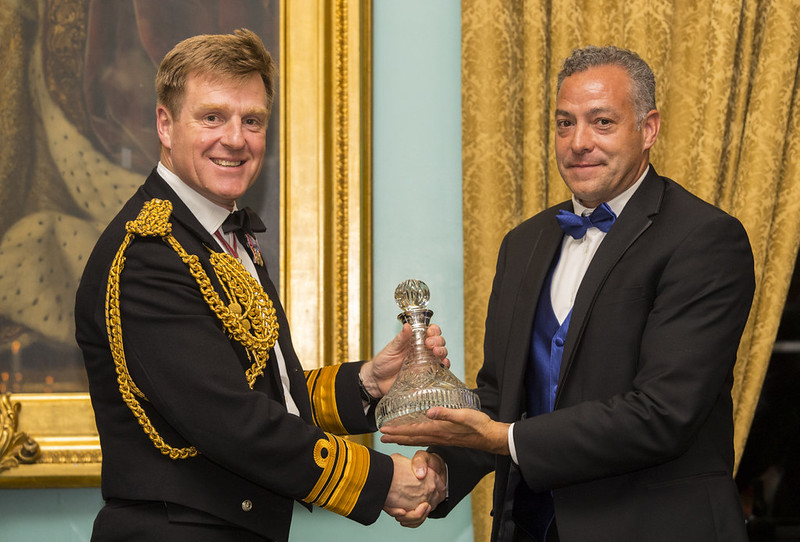 Desmond Wettern Fleet Award – handed to the HM ship, submarine, Naval Air Squadron or Royal Marine Unit that is judged to have made the best contribution to a positive image of the Royal Navy.

Maritime Fellowship Award – to honour an individual who has made an outstanding contribution to stimulating public engagement in maritime issues.

Nominations for this year’s Maritime Media Awards 2016 are listed on www.bmcf.org.uk