A new digital media award joined the line-up at the Maritime Media Awards celebration on 5 Nov at the Institute of Directors in London’s Pall Mall which saw 176 representatives drawn from all sectors of the UK maritime industry come together to celebrate achievement generated by writers, film-makers and communicators whose work enhances public understanding of Britain’s dependence upon the sea.

A record number of nominations had been received this year, itself testimony to the rich array of talent focused on and generated by the maritime sector.

The theme of this years’ dinner was the maritime leisure sector and a short film called Boat Nation, made by the Foundation’s own Maritime Films UK, was shown to highlight the phenomenal success of the boating sector.

The film is available at https://www.maritimefoundation.uk/films

“The Maritime Foundation remains a focal point for promoting maritime matters in the United Kingdom. It also organizes these annual Maritime Media Awards, which continue to go from strength to strength. I should like to thank all the sponsors and salute all the entries, winners or not, because you are all at the forefront of informing and educating, and so have all made a truly valuable contribution in promoting maritime understanding”

“It is enormously gratifying to see such an impressive array of talent focused on portraying the importance of the sea and seafaring in our way of life. There is no doubt in my mind that this extraordinary effort is having a very favourable influence on Government thinking.” 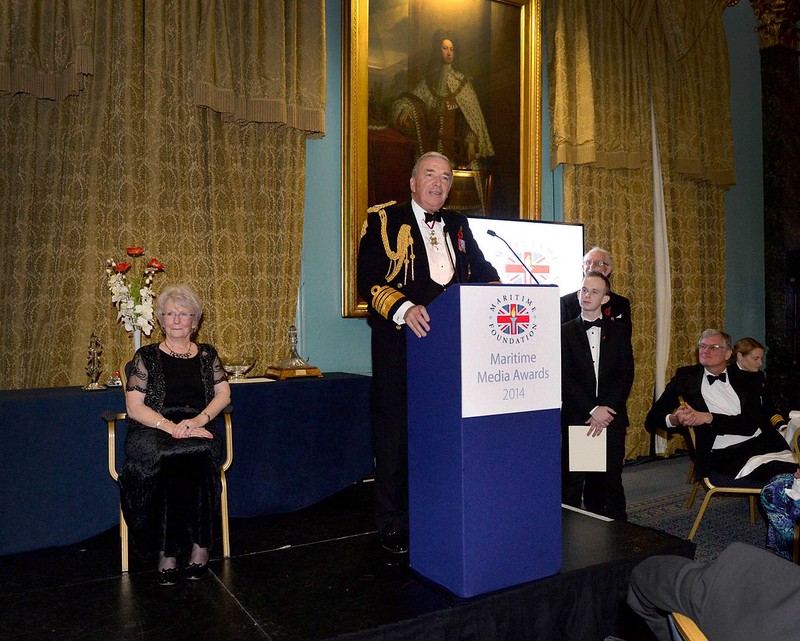